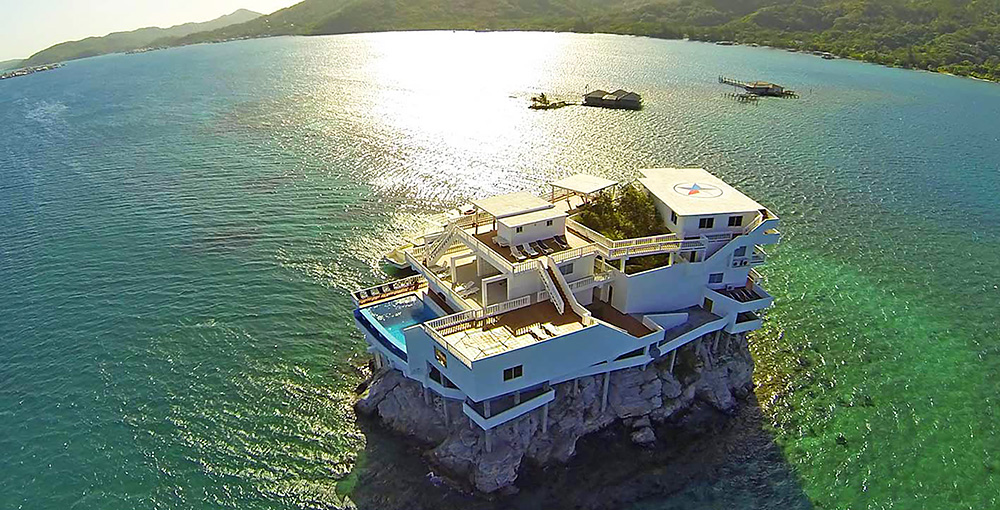 Villa on Dunbar Rock -- The Villa on Dunbar Rock is one of the Caribbean's most unique dive resorts; truly one of a kind. This beautiful historical landmark was once used as a mooring for the famous pirate Blackbeard. Local legend has it that there is buried treasure on the island. When the original owner was constructing the villas, he discovered a hidden cave on the island. He found many pieces of pre-Colombian pottery, but sadly no treasure. But he started construction on what would soon become a new jewel in the Caribbean. The current ownership has added even more sparkle to this jewel, and more important, more sparkle in the eyes of the local people. Fiercely committed to "giving back" to the people of Guanaja, the team has established, with the assistance of a great number of supporters, Guanaja's first Library and Learning Center in Bonacca that has been stocked with over 10,000 books donated by guests from the Villa.

Reef Mooring System and Hyperbaric Chamber -- In March 8, 2016, Guanaja's first hyperbaric chamber and clinic (Clinica Hiperbarica) opened made possible through a grant from DAN and the generous contributions from the owner of Dunbar Rock and a close associate. Throughout 2015 and on into 2016, the team began reestablishing the mooring ball system at known dive sites and adding additional moorings at new sites throughout the national park system. Over 50 dives sites have now been set up on the mooring system to help protect the reefs.

Seven-night Dive Package Inclusions -- Packages include accommodations, all meals, coffee and tea, free Wi-Fi, 15% government and 4% tourist tax, complimentary boat transfers to and from Guanaja airport to the resort; staff escorted trip to Bonacca Town, mainland Guanaja and other cays. Diver packages include up to 3 dives daily (excluding day of arrival and departure) and unlimited tanks for on property.

Not Included -- Airfare to Guanaja, bar bill, rental gear, $10 marine park fee, and other personal items are at the guests' additional expense. 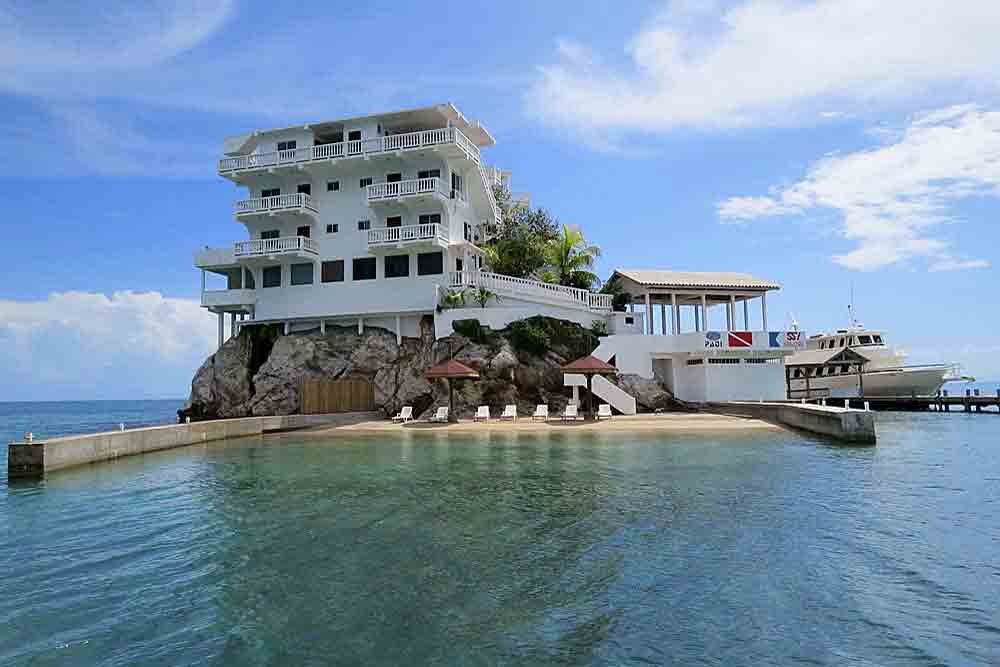 It's easy to experience The Villa on Dunbar Rock for yourself. A 1/3 deposit guarantees your place in the fun, with final payment due 60 days prior to your departure. For more information, airfares, and confirmed reservations simply contact Island Dreams Travel. We are here to serve you.