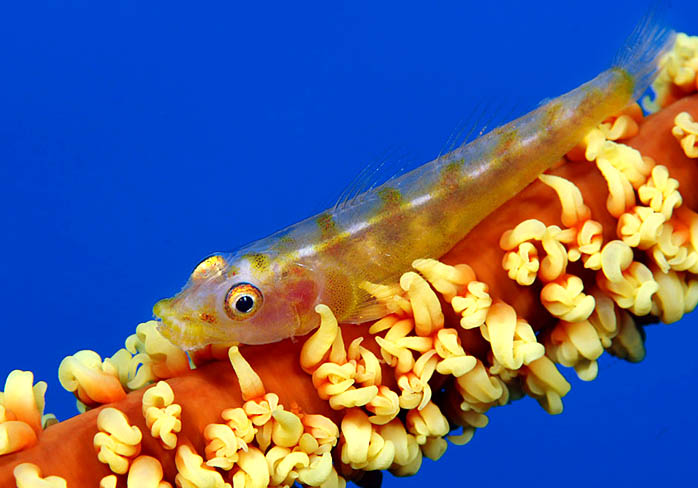 Island Dreams' Ken Knezick has now made 14 in-depth visits to Wakatobi Resort in Sulawesi, Indonesia. He holds the record for return trips; more than any other guest or tour guide. After 400+ dives and at least as many hours underwater at Wakatobi, and the opportunity to expose a few thousand images there, both underwater and topside, he has gained a genuine love for this unique destination. Here is what Ken had to say on the subject of photography at Wakatobi:

"I've been shooting underwater for almost 30 years now. Wakatobi's diverse environment has offered me as wide a range of photo opportunities as any dive destination yet encountered. There are limitless opportunities for fish and invertebrate pictures, but the soft corals and huge fans are so inviting that it's hard to resist setting up just one more wide-angle op. The hardest part for an underwater photographer at Wakatobi may be deciding what to shoot first. Fortunately, with the unlimited shore diving it's possible to plan your shots and return to particularly inviting photos subjects.

"I've also been glad to have handy a good topside camera with telephoto lens. It can be a full time job just to photograph the strange assortment of native dugout canoes, hand crafted sail boats, and bizarre tramp supply vessels that sail around the point in front of the resort. There are also some fine opportunities to photograph the local people, villages, and traditional ways of Indonesian life. Bottom line - bring your creative eye to Wakatobi, plus a variety of camera/lens optionsand plenty of memory cards!"

Please note that this entire Web Site, and all photos and text contained within are Copyrighted. We hope you enjoy these pictures -- but please do not use any of these images or text without prior written permission.
©       Ken Knezick - Island Dreams 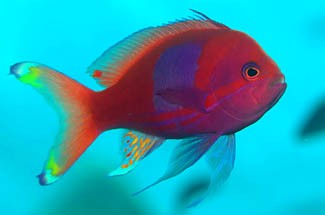 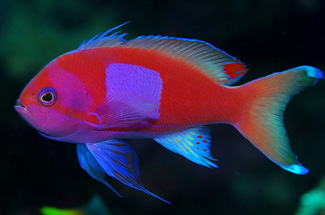 Wakatobi Macro -- In this gallery we offer a selection of macro shots made on Ken Knezick's thirteenth visit to Wakatobi. On this trip, all Ken's underwater shots were produced with the Nikon 105 mm macro lens, on the Nikon D2x digital camera. The system was contained in a Nexus submersible housing, firing a single Ikelite DS-25 strobe. 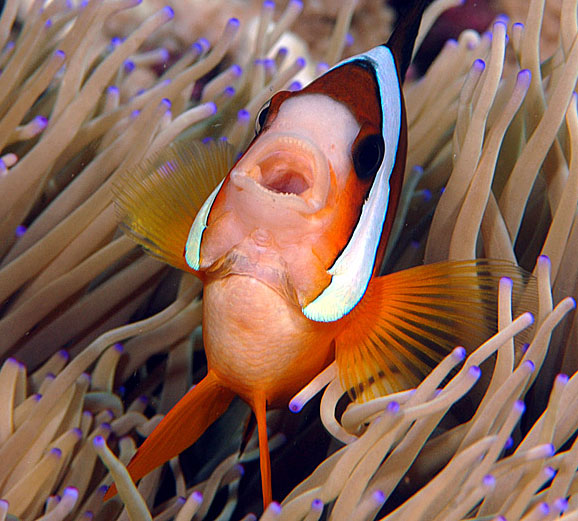 Wakatobi Super Macro -- In this gallery we offer a selection of macro shots from September 2008, made on Ken Knezick's twelfth visit to Wakatobi. Enjoy this face-to-face meeting with some of the reefs more diminutive, yet very captivating, denizens. 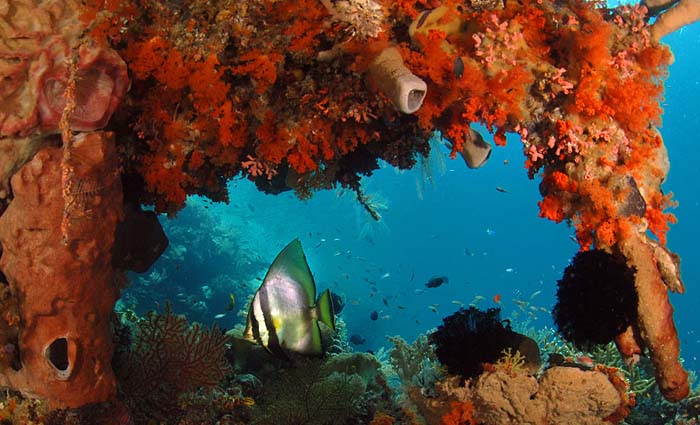 Island Dreams' owner Ken Knezick has now completed eleven expeditions to Wakatobi. On previous trips, his focus was on macro photography and fish faces. But on this most recent trip, Ken concentrated on making wide-angle photographs. Get the big picture, as Ken puts the Nikon 10.5 mm fisheye lens to work on the colorful reefs of Wakatobi.

Here are a selection of macro shots from Ken's tenth visit to Wakatobi. During the trip, the resort and diving conditions were better than ever, and Island Dreams' group of 22 divers had an excellent experience. While there, Ken had a chance to continue working with a new camera system, the Nikon D2x digital camera in a Nexus submersible housing. The photos in this gallery are the result of Ken's first attempts with this new equipment. We hope you enjoy them.

The Colorful Clownfish of Wakatobi
Underwater Images by Ken Knezick 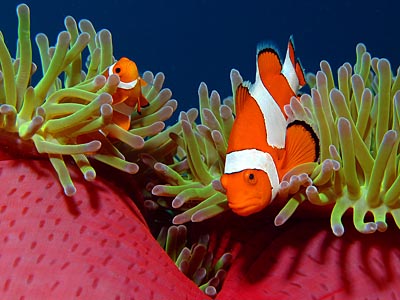 Or, if you prefer, make some pictures of your own:   Join Ken Knezick on an upcoming Conducted Group Tour 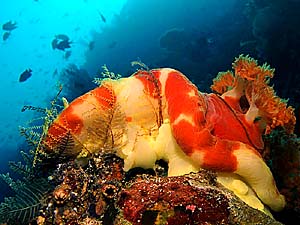 This amazing version of the dorid nudibranch Hexabranchus sanguineus was first described in the Red Sea, off the coast of Djibouti. It is reported to grow to at least 520 mm (20 inches) in length. I was very fortunate to find the individual pictured here strolling along the dive site called Inka's Palette, at Wakatobi during my September 2005 visit. At first glance, I thought the gills were just some pretty soft coral. Then I noted that this particular soft coral was mobile, making its way casually along the reef!

This beautiful individual was certainly 18-20 inches long, though I note that its length expanded and contracted as it moved over the various strata. The amazing creature was host to at least six different Emperor shrimp along for the ride. One shrimp held in place on the host, and picked bits of food from the bottom as it glided by. Certainly this colorful creature was one of the most delightful underwater photo subjects I have ever encountered, and I spent a good 30 minutes with it, to the end of my air supply. Best of all, I note that this big nudibranch eats one of the underwater photographer's main nemesis, hydroids! Ken Knezick

As you can see, Wakatobi offers great photo opportunities. Not surprisingly, I'm going back for more! 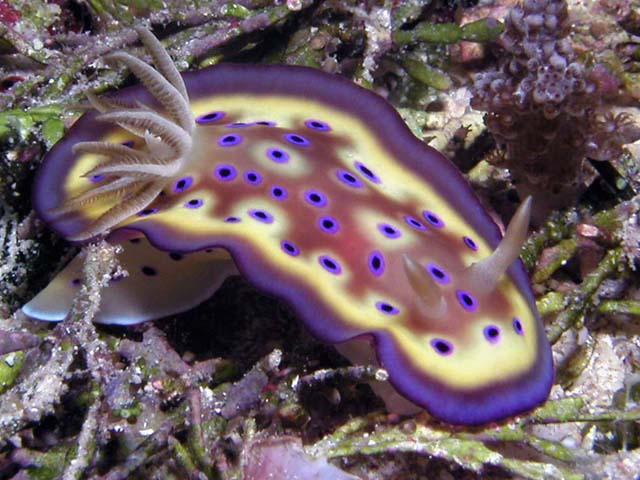 The following photos are from Ken's eighth visit to Wakatobi, in September 2004

The following photos are from Ken's seventh visit to Wakatobi, September 2003

Anthias at a Cleaning Station

Focus on the Fire Goby

Karen and the Lion Fish

Snake Eel on the House Reef

The next photos are from my sixth Wakatobi visit, November/December 2002

Now Fly Bali to Wakatobi on a superb Fokker aircraft


In viewing these photos, it's not hard to be reminded of what a beautiful sport we are participating in. It makes me glad I'm a diver, and an underwater photographer. Here's wishing you great diving...and a world of adventure!

For your consideration, we offer additional Wakatobi information: