Socorro and the Revillagigedos Archipelago 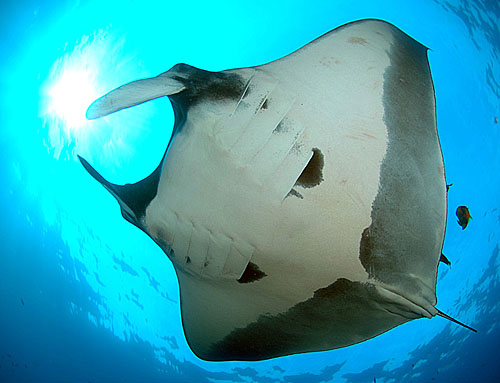 Island Dreams' owner Ken Knezick and an intrepid group of Island Dreams divers spent the beginning of December 2008 aboard the Solmar V. Boarding the vessel in Cabo San Lucas, the adventure began with 22 hours of cruising, in 6-8 foot quartering seas. The first dive site was at The Boiler, off San Benedicto Island in the Revillagigedos Archipelago.

Other dives were made around Socorro Island and the even more remote and prolific Roca Partida. Animals encountered included a pod of curious dolphin, an immense school of giant yellowfin tuna, a variety of pelagic sharks, many manta rays, and a baby whale shark.

From the photos in this gallery, you will see that it was well worth the long trip. Check out the images, and then have a look at Ken's new Socorro Dive Report. Enjoy!