An Insider's Perspective of Indonesia

From time to time we receive queries as to the political climate in Indonesia. Divers want to know how safe it is to travel there. The following response to such concerns is provided by Henrik Rosen, a Swedish-born fellow who works for Wakatobi Resort. Exceedingly well travelled world-wide, Henrik lived in Bali, Indonesia for more than three years. Perhaps you will find his insider's perspective to be of interest. KDK

As the operators of Wakatobi Dive Resort, we would like to address some of the safety concerns expressed by divers interested in travelling to Indonesia. The views expressed herein are based on our own personal experiences and those of our expatriate staff (Swiss, Swedish, German, and American) who are frequently travelling through the gateway cities and farthest reaches of Indonesia. 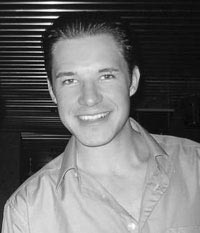 Any political discontent in Indonesia is directed towards the government, cronyism, nepotism and collusion. In certain provinces such as Ambon, East Kalimantan and Java there have occasionally been localized incidents. But Indonesia is a vast country that spans more than 5000 Km from west to east. That some area has experienced unrest does not mean that the whole country is in upheaval. Our resort is located in remote southeast Sulawesi, out in the Banda Sea. It is geographically very far from "civilization" and remains very calm, serene and pristine.

Indonesia is a country in transition and the government is in the process of democratization. We are not crystal ball gazers. We are unable to predict what will happen, but naturally we wish that Indonesia will propser and show the world what it can offer. Based on my experiences, the Indonesians are the friendliest and most kind-hearted people I've ever met. As a foreigner in this country, never once have I encountered unprovoked hostility. Personally I feel confident and safe travelling to and from, and within, Indonesia.

I travel widely through Europe, USA, and Asia. After all the stress and indifference of the urban cities, Southeast Sulawesi, Indonesia is probably the place where I feel the calmest and the most welcomed. Of course, the fact that day to day events go on as normal is non-sensational and doesn't make headlines on CNN or in the general press! Thus I hope you will come, visit, and see for yourself.

Warmest regards and a big Selamat Datang* from Indonesia,